Happy Friday Conqueror, you made it! Whether this week has been lovely or lacking, you’ve made it through, rejoice and be glad!

Check out the video below for your reminder about our Saturday Prayer Sessions! Note the time change, it will still be tomorrow, 12/12/2020 but at 11:30am EST!

It is open to all ladies who desire prayer! We will spend time hearing God’s promises for our life and spend time praying for one another! Wanna join? It happens every 2nd and 4th Saturday of the month. The number to call is (425) 436-6200 and the access code is 827208.

Fake news was a popular term this year, one can say. Fake news isn’t new-it’s been around since the beginning of time. Satan, who is the father of lies, has been spreading them since the garden of Eden.

“But the serpent said to the woman, “You will not surely die. For God knows that when you eat of it your eyes will be opened, and you will be like God, knowing good and evil.” Genesis‬ ‭3:4-5‬ ‭

Satan has been spreading fake news since time began, we should not be surprised to see it now. Distortion, fuzzy pictures, and downright falsehoods plague people all of the time. However, just like the serpent whispered to Eve, the devil is trying to whisper lies to us.

And the lies goes on! Satan is a complete liar and we must cast him back to the pits of Hell where he belongs! Rebuke the lies of the devil! Denounce the father of lies!

Look at the question the Lord posed to Adam and Eve: 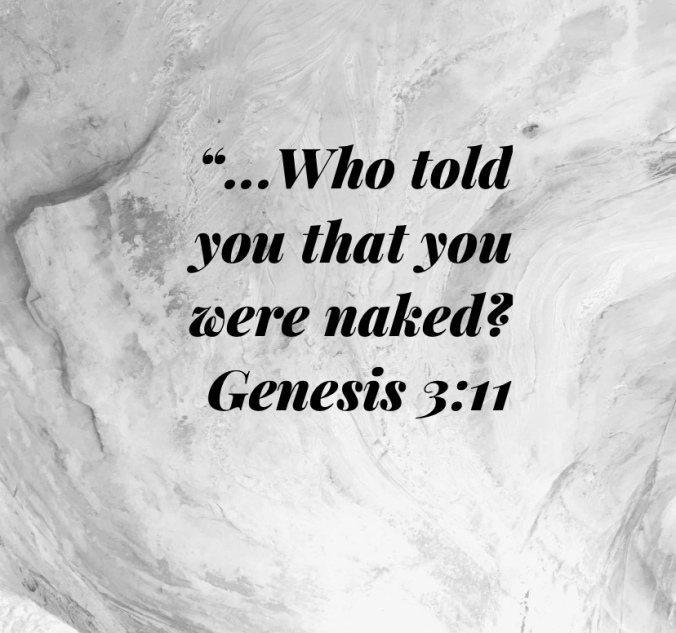 That is not of the Lord! Rebuke that liar! Whisper the truth of the Lord over yourself. Dismiss those voices that are not of the Lord. Do not allow Satan to have authority to speak to your spirit! The Shepherd’s sheep, know His voice. This is why it is important to cling to the Word of God.

As you start to hear someone speaking, ask yourself: Who told you that?

Are you existing or are you living? We may have heard that one before or maybe we have even said it to someone. Folks may call it a cliche, but it doesn’t change the validity of the question.

Existing versus living. Which one are you? We can be thankful that life is available to all of us! There may be areas of our life that is dead and others that may be living. Think about your professional life-are you just going to work or working towards a career? Think about your prayer life-is it based on religion or relationship?

All of our lives, if we look closer enough, have some dry areas. Let’s look to the Word: 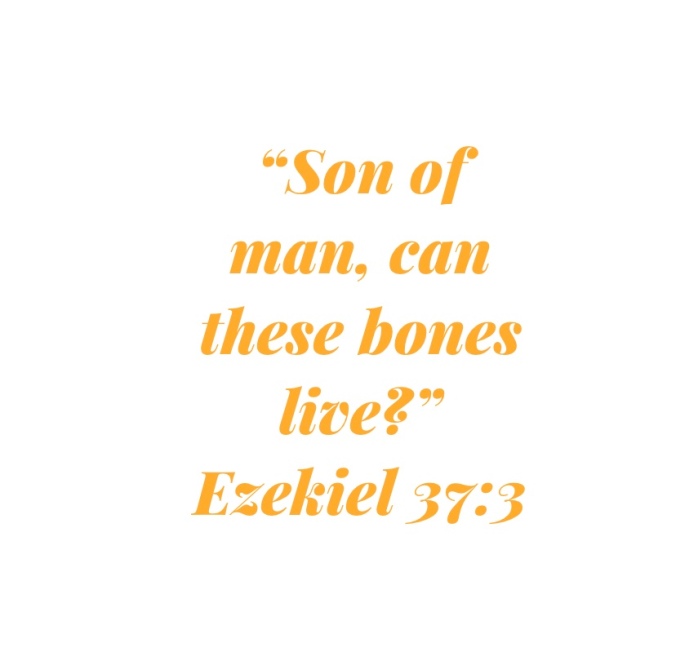 Can your dry areas be revive? Are you committed to existing or living? Scream to those dry bones to live! Lean on the Word of God, that Living Water, to refresh those dry areas. Revive your career. Revive your prayer life. Live! It is time to truly live out life in abundance!

Living is more than being attentive to numbers on a scale or numbers associated with a bank account. Can these dry bones live? Yes, they can! We are children of God-who specializes in the impossible!

Use the power of God through Jesus Christ to breath life into those dead areas. Watch Him resurrect that which everyone else called dead!

Welcome is a greeting that we often extend to those who enter into our space. We ensure that our space is presentable and inviting. We smile and we exude warmth and kindness as we greet those who come into our space. There tends to be a level of excitement when we get to invite someone into our home or our place.

This level of excitement should be extended to the Lord as we invite Him in. The beauty of the Lord is that He doesn’t require the finest linen. The Lord doesn’t require us to have the best food, the cleanest home, and the best decor. He simply requires a clean heart and a renewed spirit: 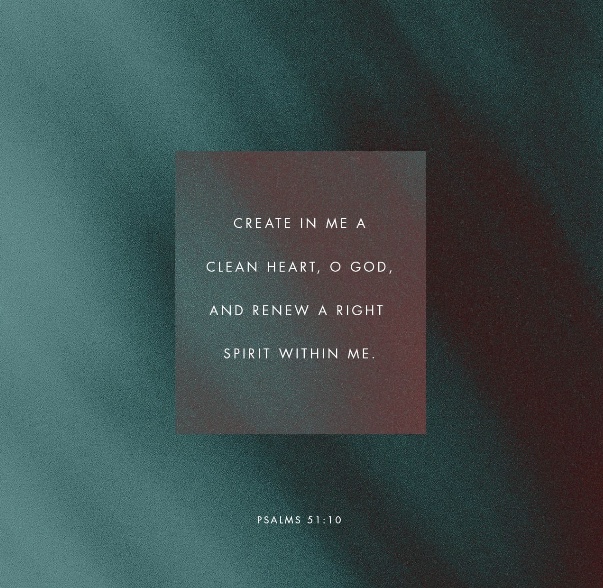 As we pray, as we fast, as we read the Word of God-we invite the Lord into our space. As we extend forgiveness and show love, the Lord is invited into our hearts. Our lives and demeanor expresses our desire to be filled and be led by the Holy Spirit. We create a welcoming environment for the Lord with repentance and joy. Praise and thanksgiving creates an sweet smelling aroma for the Lord to let Him know that we desire Him!

May our lives bow before the Father and let Him know that He is welcomed here!

The function of a cornerstone: “The cornerstone (or foundation stone or setting stone) is the first stone set in the construction of a masonry foundation. All other stones will be set in reference to this stone, thus determining the position of the entire structure.” (Wikipedia)

While this may be the definition for a masonry foundation, this definition must be relevant to the life of a believer or God through Jesus Christ. Christ is our chief cornerstone and without Him, the whole foundation will fall apart. 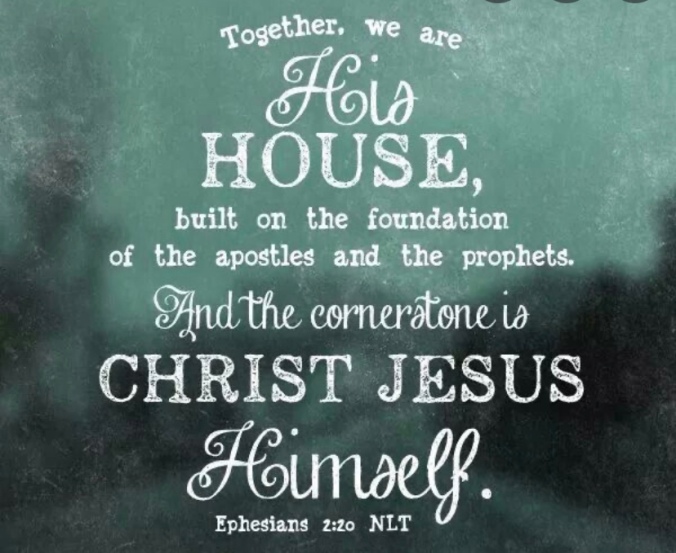 The strength of our structures will be determined by the foundation. Christ is chief cornerstone of our lives, not our families, our nice budgets, or degrees. The stones, when properly placed, will strengthen our structures.

We have to move beyond placing our life in compartments. Christ cannot be in our careers but not our social lives. We need Him to be in all of our relationships, professional and personal. He belongs as the cornerstone of our finances and families. And with Him as the foundation, there is no trial or tribulation that will crack His foundation.

May all things of our life be filtered through this question: who is our chief cornerstone?

Stillness is an art nowadays. We live in a world where a response is always warranted. We HAVE to shop in the stores on Black Friday. We MUST travel during the summer. No wonder quarantining and stay at home orders really hit this world where it hurts: in it’s busy bee mentality.

We can be still. 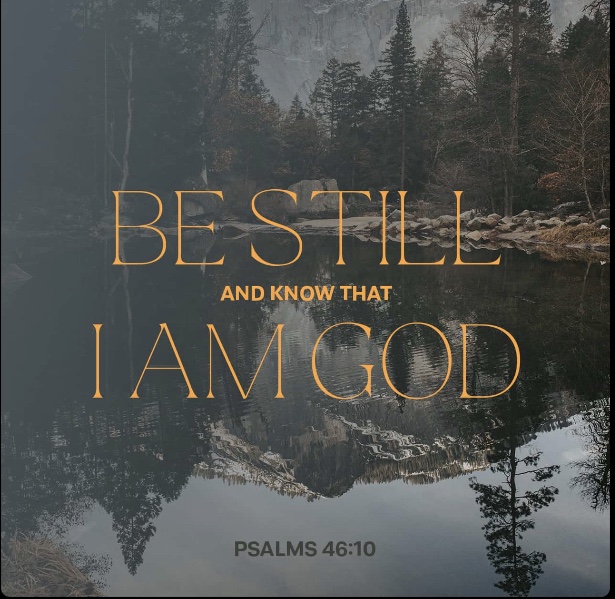 Being still requires more energy than movement. Moving and responding is in our DNA. Stillness is contrary to everything we know. This is why it is an art, it has to be crafted. Stillness has to be practiced.

Be still and know that He is the Lord, your God.

The will of God can be considered to a mysterious thing. People search high and low for the will of God for their life. However, the Lord does not make it hard for us to discover what His will is for our life. He actually lays it out pretty simply for us: 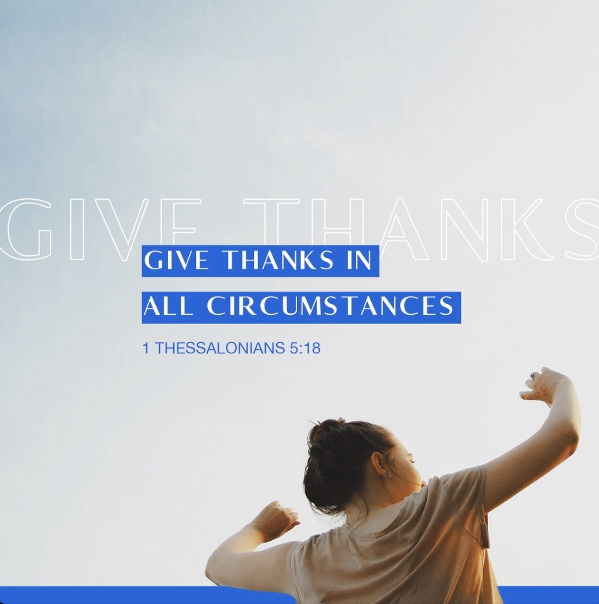 “give thanks in all circumstances; for this is the will of God in Christ Jesus for you.” ‭‭1 Thessalonians‬ ‭5:18‬

The power of thankfulness helps us to die to ourselves! No wonder that this is His will concerning us. The more we die-die to our flesh, die to our will-the better positioned we are to live for Him!

An attitude of gratitude did not end on last Thursday with turkey and a good football game. The attitude of gratitude is for everyday and is transformative! The more we tell Him thank you, the more we are able to see how much He is at work in our lives. And the more we recognize the Lord at work, we will begin to discern what is of Him and what is not. We will see how He wants us to live, how He wants us to govern ourselves, and how we can best live for His kingdom.

This is the will of Christ Jesus concerning us-to be submitted to Him, to be renewed, to be transformed, to serve Him with our heart, to create a space for Him to take front row seat of our lives.

Thanksgiving is not over for those who are in Christ. This scripture tells us so! Not only that, we no longer have to wonder about the will of God for our lives. And we can share this will with our unsaved loved ones.

Jesus wants us to be thank-filled! He wants us to overflow with gratitude! This, friends, is the will of Christ Jesus for our lives.